Curiosity killed the catfish....who were you Fred?

For approximately 18 months, I was chatting to a man on Instagram. Lets refer to him as "Fred"....

So Fred, requested me as a friend on Instagram, which initially I rejected as I had no idea who he was. He later re requested me and I thought ok, why not, one life and all that and it kind of seems the way of the world now.

He introduced himself as "Fred" and stated that he was trying to get followers as had set up a new interior design business. We got to know each other fairly well and strangely started to consider him as a friend, which in heinsight is pretty crazy as I never once met him in real life, never spoke to him on the phone and in fact I never even had his telephone number as he always made excuses that, at the time, felt reasonable that his phone was broken.

We messaged each other frequently. there was nothing romantic about it, just someone to chat to. He spoke to me about his business, his sisters, friends and his ex. In return I opened up and told him about certain relationships and my work etc. We both offered a listening ear when life got tough or had times of joy.

On a couple of occasions we were very close to meeting, but with one thing or another it never happened.

This "friendship" went on for a long time, until one day he disclosed that he had been lying to me about the fact he was still with his ex. I felt quite betrayed and annoyed by this as I had spent endless messages chatting to him about how he had been affected by her and the "toxic" relationship that he had been in.

It was at this point when the penny started to drop and I questioned if he actually was who he said he was. At the time I had a lodger, who was more into technology and social media than myself. We decided to try and find out a little more about Fred.

After my lodger searched the net for his pictures and his company name and me going through Fred's friends/ followers it became apparent that all was not as it seemed.

My lodger noticed that Fred's business was not a registered company, the logo and some of the interior design work professed to have been done by Fred's company was that of an American company. Fred's followers and friends list was limited but I did notice something quite bizarre. He was following one of my ex boyfriends ex girlfriends who didn't even live in the UK, he was also following some of my friends and even one of my nieces.

He had a partner for his business, but it appeared to be set up by Fred and neither account had many followers. There were conversations between the two accounts which almost seemed like the same person talking to themselves. Also both accounts were "private" and for me if you are trying to advertise a new business why would your account be private?

I started to think back about conversations that we'd had over the 18 months and he had questioned me about an ex and who the girl he'd had an affair with was. It all became a little too much and I was indeed feeling quite foolish into who the hell I had been talking with for the last 18 months.

Following on from this I messaged him and stated that I didn't believe he was who Fred said he was and questioned in fact if he was an interior designer. I then went on to block him. I felt quite sick and violated that I could have potentially been catfished and wanted to know and find out who the hell the real Fred was.

So with the help of my lodger we set up a fake interior designer account and logo. We knew that this wasn't a job to be rushed as I needed Fred to take the bait so I could find out who he really was.

I started to request/follow people that were on his account so it would look like we had mutual interests. I set myself up as an interior designer. It was hard graft and too be honest one that I couldn't really be bothered with but I felt quite annoyed that I had been lied to for so long and the fact that his account didn't appear authentic also blew my mind and so I persisted.

It became very boring having to make myself look interested in interior design and at times I would veer off and look at other accounts and other things for nothing more than entertainment as I was so bored. It also fell at a time when I think now I probably had mild covid -19 symptoms so was just sat with nothing else to do than to go on Instagram.

Eventually Fred took the bait and messaged me, I stated that I was a new business and hoped to make connections. I asked him about his business but he was a bit vague just saying starting a new business was difficult.

My plan to ask more about where he actually lived, his name and basic identity was on the way and I would hopefully start to find peace safe in the knowledge of who Fred actually was and who I had invested 18 months of my energy towards.

Whilst this process was very dull I will admit I used to look up people I once knew. If they had open accounts it passed the time being curious into how they lived their lives now. In fact it was like almost watching tv, like some form of reality show/entertainment, but I guess that is what social media is. Some people literally documented their lives it was like reading a story book! It did pass the time whilst biding my time to find out who the hell Fred was.

I am not one for social media and in fact barely understand how it works, I didn't realise that people were notified if you looked at certain parts of their public accounts on Instagram.

Unfortunately due to this fact I received a rather unexpected message from someone who's account I had been looking at in my state of boredom, I felt immediate panic and ended up responding to the message, coming out with some bollocks of actually having similar interests. This of course was complete tripe as my objective of having this account was actually to find out who the hell Fred was and I was just passing the time looking at their and other public accounts.

This stressed me out rather a lot and I decided to deactivate this Instagram account to stop any more crap from escalating, as my objective was not to be a catfish myself but to find out who my catfish was. I would have to swallow the hard pill of never finding out who my catfish Fred was and throw in the towel to finding out his true identity due to unforeseen circumstances of being questioned at looking at certain public profiles.

The repercussions of looking at public profiles of people I once knew also made me feel pretty shit as my reasons for looking were out of curiosity and boredom whilst actually trying to find out who the hell I had spent 18 months chatting to, nothing more and not what it appeared like to others, despite what they thought.

So indeed curiosity killed the catfish and I have never found out who the hell Fred was.

Morals of he story:

1) If you suspect you are being Catfished, do not try to investigate yourself....ask the professionals (The programme Catfish)

2) If bored don't be curious about other people's public profiles, it is deemed as being obsessed not bored and curious. Although I do question why social media and public accounts do exist if not for looking at?

3) Don't except friend requests from strangers and do not respond to or message people you do not want to engage in conversation with.

But none of this actually matters now, as I have decided that I really don't need to find out who the real Fred is. It was an experience and one that I have learnt from. Fred knew I wrote a blog, so if you are reading this Fred, I wish you well who ever you are!

I always knew social media was dangerous and causes so much trouble, maybe that is why I have never really learnt how to use it correctly. I am no longer on social media, not even to promote my blog anymore because do we really know who the hell is the other side of the screen??? Welcome to the twilight zone of social media ..... 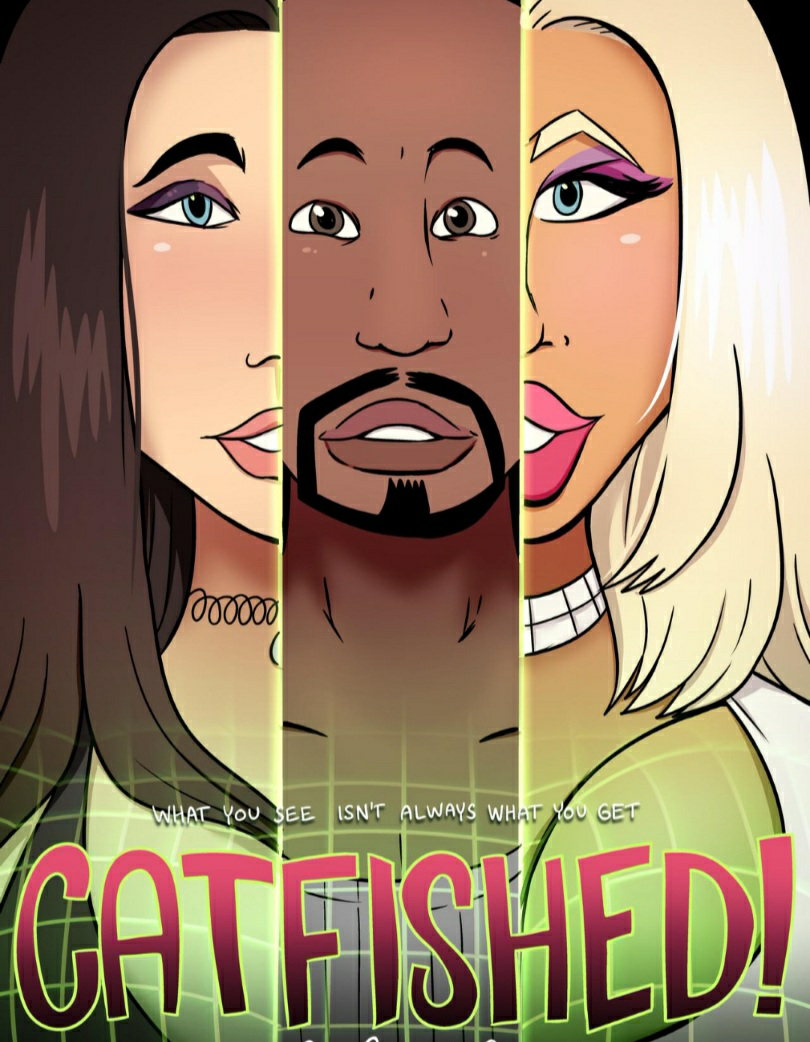