Can there really be a happily ever after?

For most of us girls we have grown up and made to believe in the fairy tale, and what I mean by that fairy tale is that the Princess gets swept off her feet by Prince Charming, they fall in love, get married and they live happily ever after.

This so called fairy tale is every where. It is the perfect story line in any Disney film and romantic comedy, hell even Julia Roberts in the film Pretty Women, which is actually a story about a prostitute gets the fairy tale ending.

It is drilled into all us little girls from a young age right up until the day we are peeing ourselves from laughing too much. Are we all being brainwashed into thinking that this is what we all have a burning desire to end up with?

Is each relationship we have striving for that happily ever after? Is it not possible to just enjoy the moment of the relationship and go with the flow instead of this obsessed feeling of this is the one I'm meant to be with....forever. Surely that pressure actually subconsciously puts pressure on any relationship?

I recently read a quote/meme saying:

" I may not be your first love, first kiss, first sight or first date but I just want to be your last everything".

At first, my initial thoughts were, 'Oh that is sweet'. But actually having read it several times over and over I actually felt quite freaked out by it. Why would I want one person to be my last of everything? Right there, I feel this sense of pressure. For me I would rather say something like:

"You are my present, my now and let's enjoy what time we have together".

For me, that sounds far healthier, but that's just me. I am beginning to think that perhaps there isn't such a thing as Mr/Mrs Right. Perhaps it is a case of Mr /Mrs Right now.

There are many chapters in our lives but does each chapter have to lead on from the next like a fictional story book that has an actual plot, theme, introduction, middle and a happily ever after ending? Or are each of our "chapters" actually a new book entirely?

Can we be entitled to plural happily ever afters? And no, when I say plural I mean with one person at one time, I am talking monogamy not polygamy! Just several endings at different times not just one?

Instead of a happily ever after ending, where we are supposed to meet the man of our dreams and then stay with them forever or at least until we are old and grey is it just possible to have a zero pressured ending that may or may not end happy?

Are we really supposed to be with one person for the rest of our lives and work towards the ideal of societies happily ever after? Or is it OK to  have many partners over the duration of life, some ending happily or others not so much. There is so much pressure on us all to meet one person who gives us everything and to make it work out forever.

That is not me being against marriage. I mean I have always thought it be romantic to pledge your love for one person but does just wanting that commitment lead to a happily ever after?

Some weddings are so invested into the happily ever after, they spend a fortune in splashing out on the celebration which they share with friends and family but does this guarantee a happily ever after ending?

This is not meant to be a negative post but perhaps do call me a cynic but maybe there isn't supposed to be one happily after after, perhaps there can be several happily ever afters through out our lives?

I mean people get divorced all the time and I am guessing that when they got married the first time that they thought it would be a happily ever after. But they go on to meet someone else and perhaps even marry again. But what is it they are looking for another happily ever after or something entirely different?

Perhaps relationships are not forever and we are not supposed to stay with one person for the rest of our lives, perhaps we are supposed to move from one relationship to another. It is just we have never been told that this is OK.

All journeys have to come to an end eventually. Time and space is consistently moving so why does it seem that we try are hardest to stay still and stagnant in one relationship? Are we choosing to fight a losing battle as the world we live in and the universe that it sits in are constantly moving. So why don't we move too?

When we suffer heart ache we become stuck into temporarily thinking that we will feel like this forever, but for those who have experienced heart ache we do learn to understand that it is a temporary feeling. So if heartache is temporary. Why cant the feelings of happily ever after be too?

We can experience so many emotions in one single day, in fact every day is a roller coaster of emotions, ranging from happy, angry, anxious, amused, perplexed and sadness and everything in between.

So baring this in mind that our emotions are not stagnant why do we believe that this "happily ever after" will be a constant. I think a happily ever after might be temporary feeling but really can it truly be a feeling that lasts forever in this ever moving and changing world we live?

Our society has evolved from when marriage was the be all and end all and religion was taken more seriously. Nowadays we are provided with not just religion but also spiritual ways now. We are provided with more choice, allowing us to grow and not be in one situation for the rest of our lives. We have more opportunities with more availability and different sets of societal values and norms.

So if those happily ever after values are changing, why are we not moving with the times. Is that why so many happily ever after endings fail now? Because we as a society have outgrown the values that were once deemed as the only way? 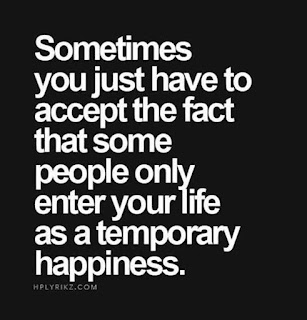 Stephen King wrote a series of books one being called "The Dark Tower" It is a fantasy/horror science fiction type novel that looks at a quest to allow the king to survive. Within the story, sacrifice for love, defeating lies and grief come into play. A famous quote within the book is this: